My dog died today. He was younger than most of his breed when he went, but by no means young. We had time to prepare and enjoy his company in his last days, so while my family is sad and will mourn, we know this was one of the better possible ways to say goodbye.

Tchaps (Tchoupitoulas) Hodges was born in June of 2007 in Reno NV. He was the 2nd to last of his litter to be picked. Jen said that there was a calm pup and a feisty pup left when she went to pick a dog. She didn’t pick the calm one. 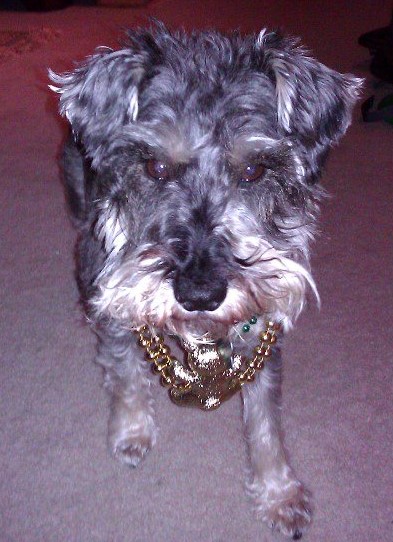 Jen joined me in Bellevue, Washington later that year. I didn’t understand why she wanted a dog- it seemed like a lot of bother and expense and really limited apartment options. I’m pretty sure within 6 months everyone thought I was obsessed with him. He quickly became a center piece of our life together - his nightly walks (in the rain, this is Seattle weather after all), trips to the epic Marymoor dog park, and wrestles on the floor wove themselves into our routine. He didn’t come everywhere with us, but we tried to include him in most things. One of the more amusing routines we had was to take a walk around the car deck of the Seattle-Bremerton ferry. Tchaps would lunge fiercely into the wind as we approach the fore of the ship, the gale slicing his fur back. He looked like a dog of action.

Tchaps continued to be a dotted upon pup after our move to Virginia and after our marriage. That is until, one night, his life was completely up ended - in a single night he was moved to a new house with a tiny yard (no more twice daily walks) and gained a tiny human (no more anything else, really.) He found this situation completely intolerable and unacceptable. He began spending far more time with my grandparents- they knew how to treat a dog right. The only saving grace was that, eventually, the tiny human began leaving behind a trail of cheerios. That made the situation much better.

When we relocated again to Nevada Tchaps had accepted his lot in life- he had lost his place in the center of the family but had gained more humans to beg affection from. And they just kept coming. He gained two more tiny humans and did his best to ignore them until they started dropping food.

In the last year of his life (a year deeply impacted by a virus that I still somewhat suspect was developed by dogs to keep their humans home with them), Tchaps gained a new member of the family - a tiny new puppy. This once again was intolerable, and he immediately went to work showing the new puppy who was alpha dog in the house. Of course, tiny puppies don’t stay tiny for very long, and soon our new dog was twice the size of Tchaps. With the new puppy constantly wanting to play, the poor old dog regularly got dragged around the house by his ears in determined attempt to get him to play. Despite that, old habits die hard; the day before he passed, Mr. Tchaps, his body ridden with cancer and having difficulty breathing, still was able to assert his dominance as he body slammed the new dog twice his size into the ground. He then promptly collapsed and took a nap. 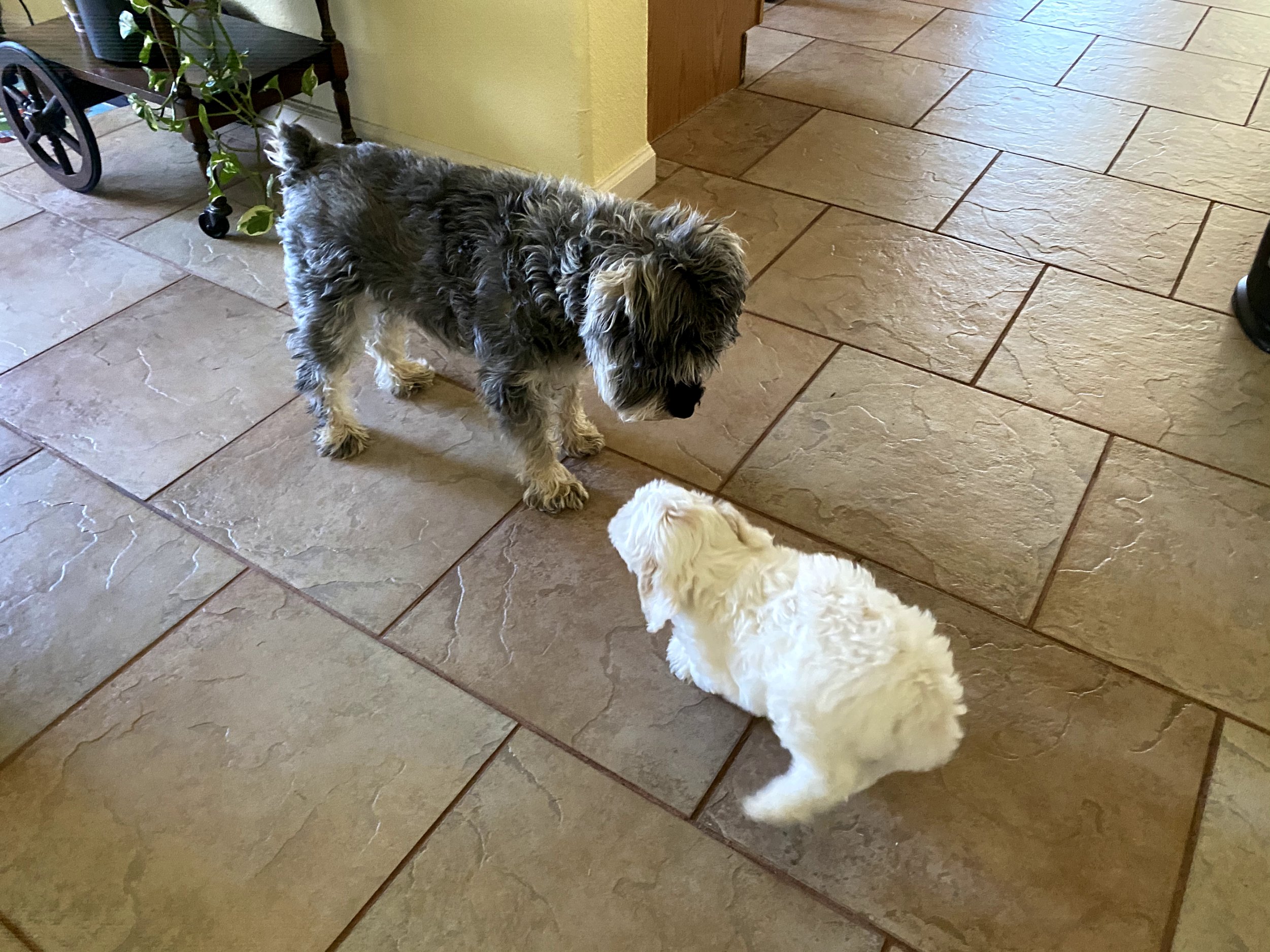 Many people talk about all that their dogs give them. That doesn’t sound quiet right for Tchaps. He was quite a selfish dog. He wouldn’t walk up to you and lovingly put his head in your lap - he’d put his head under your hand and glare at you until you pet him. I’ll never forget the day I very painfully sprained my ankle while walking him. He expressed zero concern at my pain, he just demanded that I keep walking.

What Tchaps did do was to give me two amazing gifts. The first was showing me his incredible ability to be in the now. The joy he would get from chasing a ball and the intensity of focus he had while chasing it were infectious; he taught me to be better at enjoying moments for what they are. The other gift he gave was rooted in his very selfishness and helplessness- no matter what petty drama was happening at work or what thing I was perseverating over at some point I had to come home, walk the dog, and play with him. I had to break out of whatever funk I might be in and let go of whatever worry I was obsessing over and focus on something outside myself. Or he’d shove his furry little head under my hand and glare at me until I did so.

I’ll miss you Tchaps. May we meet again on the rainbow bridge someday. Until then, rest in peace. You were a good dog, and my life was better for you having been in it. 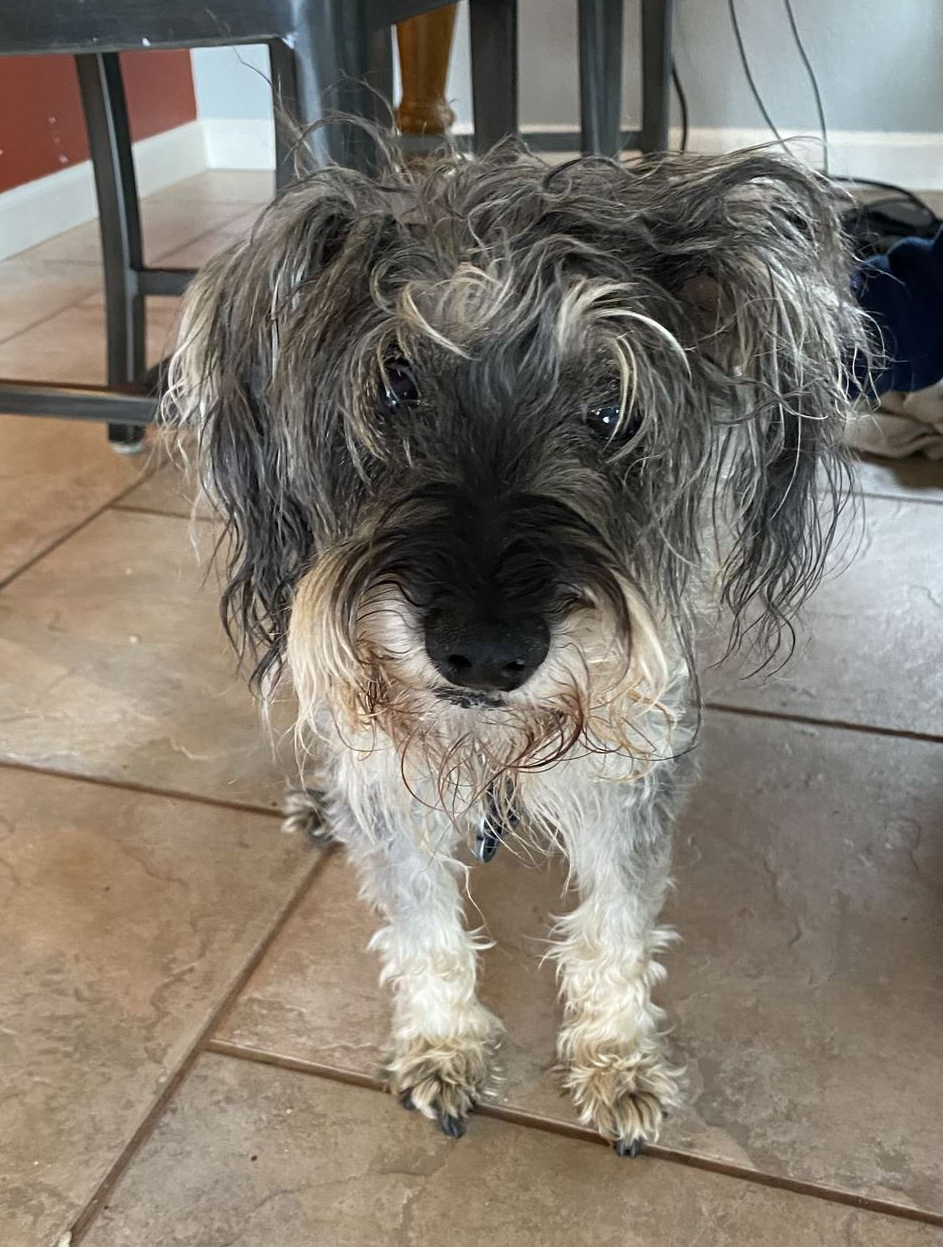